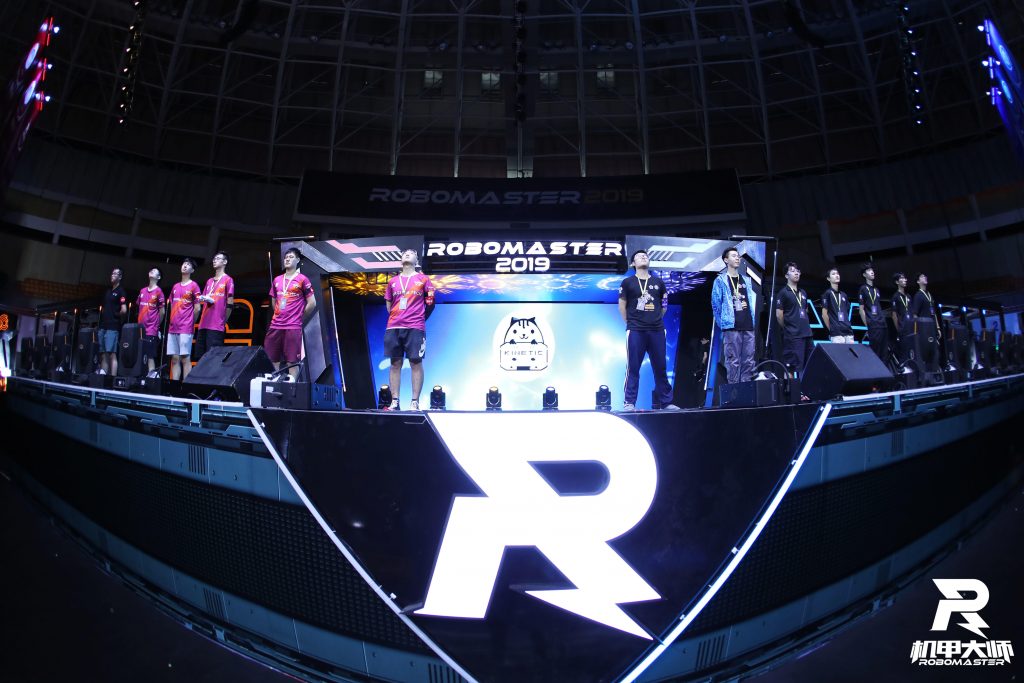 RoboGrinder is an undergraduate engineering design team at Virginia Tech that competes in the DJI RoboMaster University Championship 7v7 competition in Shenzhen, China, and the DJI RoboMaster University League 3v3 competition in North America. The competition involves designing terrestrial and aerial robots that are teleoperated or fully autonomous. The team members of RoboGrinder strive to solve complicated mechanical, electrical, programming, and computer vision problems. One detail that makes RoboGrinder unique amongst many other RoboMaster teams is its culture. RoboGrinder is composed of team members from across the globe. The team works through language barriers and culture differences to ensure that communication and collaboration flow smoothly between team members.

RoboGrinder’s mission is to empower students to apply their engineering knowledge from the classroom towards solving complex mechanical, electrical, and programming problems. Intercollegiate competitions, like the RoboMaster competition, provide unique obstacles requiring a plethora of engineering backgrounds in order to not only build an effective and efficient robot, but also to win the competition. RoboGrinder has accepted the challenges of many different international, intercollegiate robotics competitions and plans on expanding into more competitions in the coming years. For the 2022-2023 season, RoboGrinder plans on taking the following steps in order to execute its mission statement: